Israel’s sun-drenched skies dimmed partially Sunday morning with a rare “ring of fire” solar eclipse sweeping across Africa and Asia as the moon slid between the Earth in the sun in the first annular eclipse in years.

Israelis were treated to only a partial eclipse with the moon covering 40 percent of the sun in the Jewish state’s skies at its peak just before 8:30 a.m.

Annular eclipses occur when the Moon — passing between Earth and the Sun — is not quite close enough to our planet to completely obscure sunlight, leaving a thin ring of the solar disc visible. They occur every few years, and can only been seen from a narrow pathway across the planet — in this case, from West Africa to the Arabian Peninsula, India and southern China. 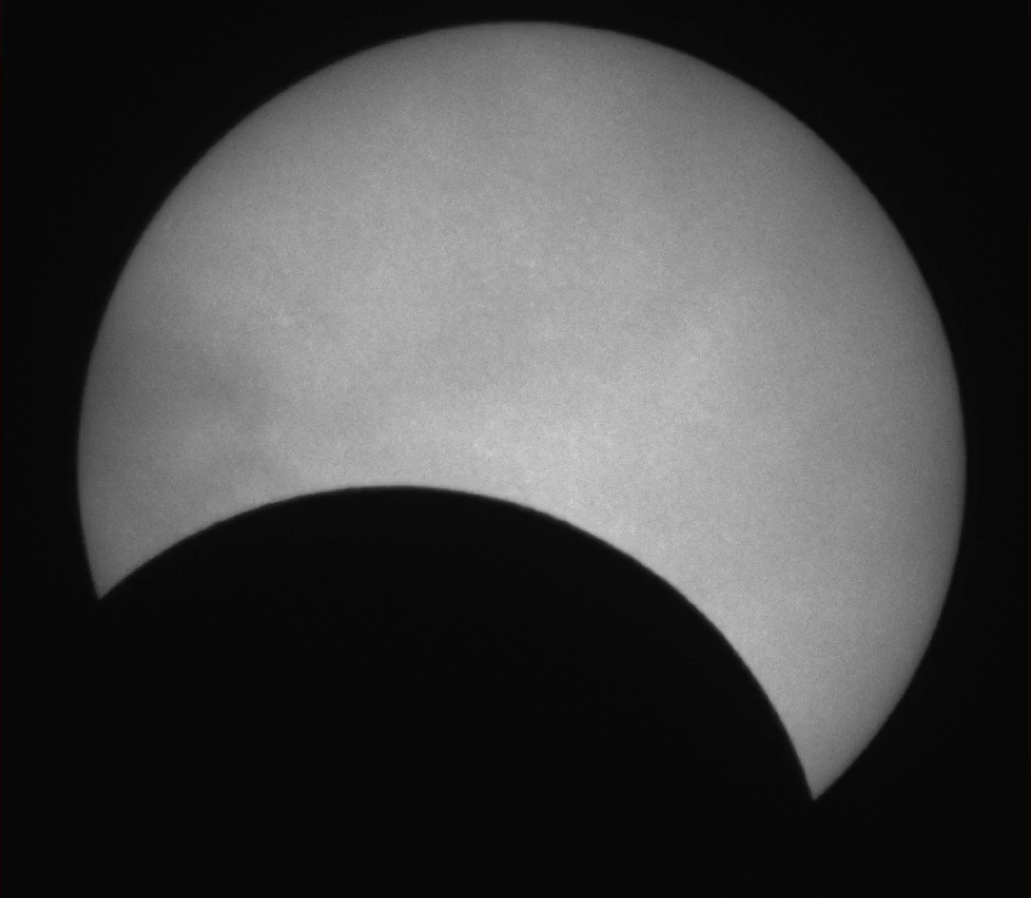 Looking at the sun during an eclipse can be extremely dangerous, but sungazers without special equipment could tune into a livestream of the eclipse from the Israeli Astronomical Association at its Givatayim observatory, or watch a video from India, which was set to experience the “maximum eclipse.”

Watching the eclipse is only possible with special protective glasses or cameras.

Even if the day has darkened, looking at a solar eclipse with the naked eye can cause blindness. Sunglasses — which don’t filter out UV rays — do not offer any protection, according to Florent Delefie, an astronomer and the Paris Observatory.

“The Sun is so bright that even when there’s only a tiny portion visible, it is still dangerous for the eyes,” he said. 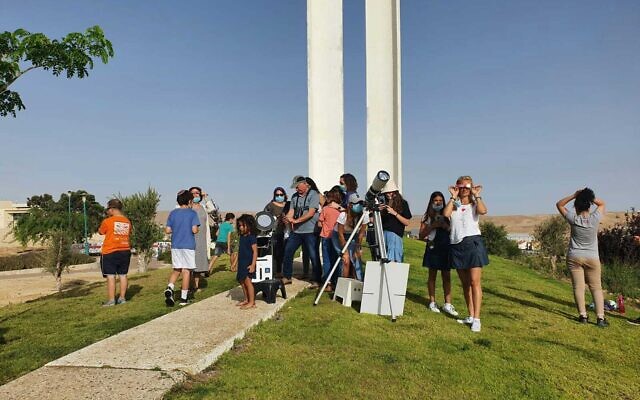 Remarkably, the eclipse on Sunday arrived on the northern hemisphere’s longest day of the year — the summer solstice — when Earth’s north pole is tilted most directly towards the Sun.

The next annular eclipse visible from Israel will occur in 2027. The next one after that will only be in 2180. 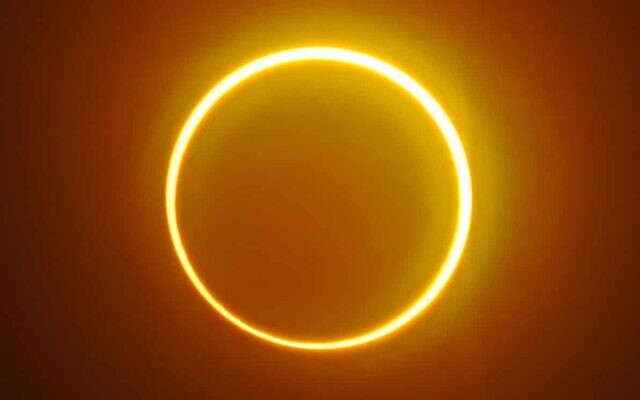 The moon moves in front of the sun in a “ring of fire” solar eclipse as seen from Balut Island in the southern Philippines on December 26, 2019. (AFP Photo)

The “ring of fire” was first seen in northeastern Republic of Congo at 5:56 local time (04:56 GMT) just a few minutes after sunrise.

This is the point of maximum duration, with the blackout lasting 1 minute and 22 seconds.

Arcing eastward across Asia and Africa, it reached “maximum eclipse” — with a perfect solar halo around the Moon — over Uttarakhand, India, near the Sino-Indian border at 12:10 local time (6:40 GMT).

More spectacular, but less long-lived: the exact alignment of the Earth, Moon and Sun was visible for only 38 seconds.

“The annular eclipse is visible from about two percent of Earth surface,” Delefie told AFP.

Animals can get spooked — birds will sometimes go back to sleep, and cows will return to the barn.

The full eclipse was set to be visible somewhere on Earth during for just under four hours, and one of the last places to see a partially hidden Sun is Taiwan before its path heads out into the Pacific.