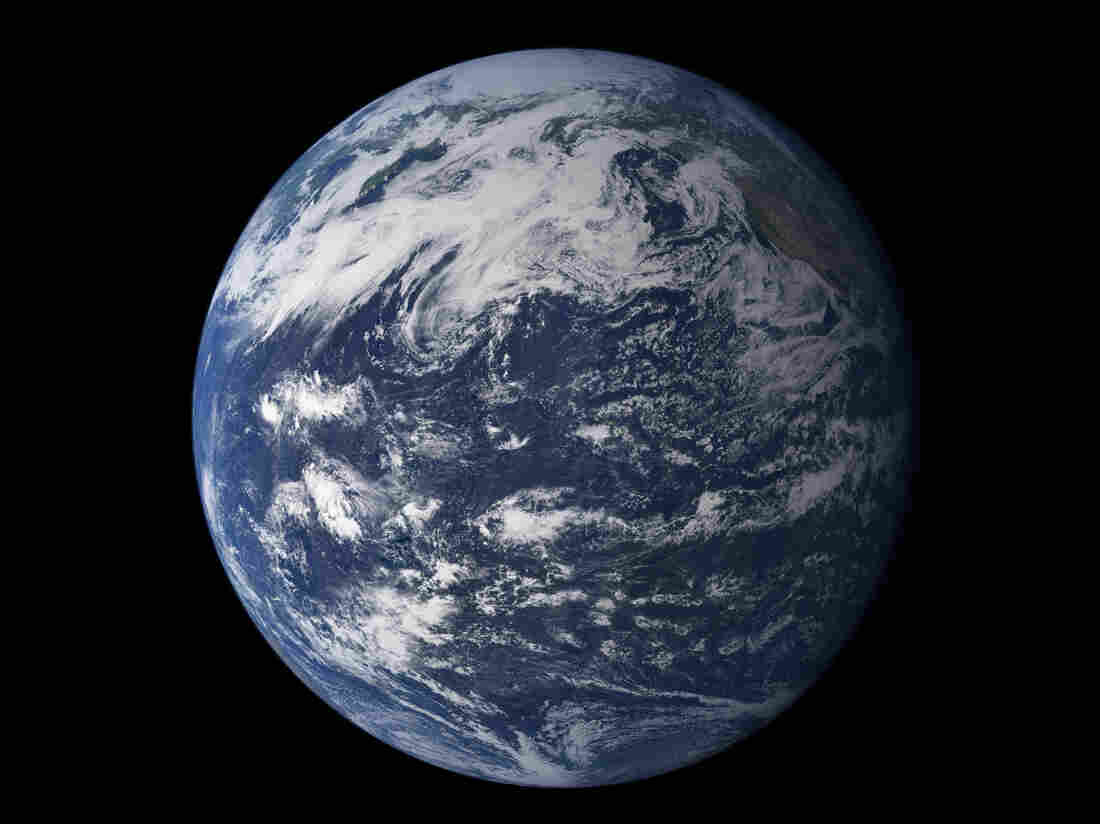 The Pacific Ocean from space. In both liquid and frozen form, water covers most of Earth’s surface and there’s been a debate among scientists about where all the water originated. 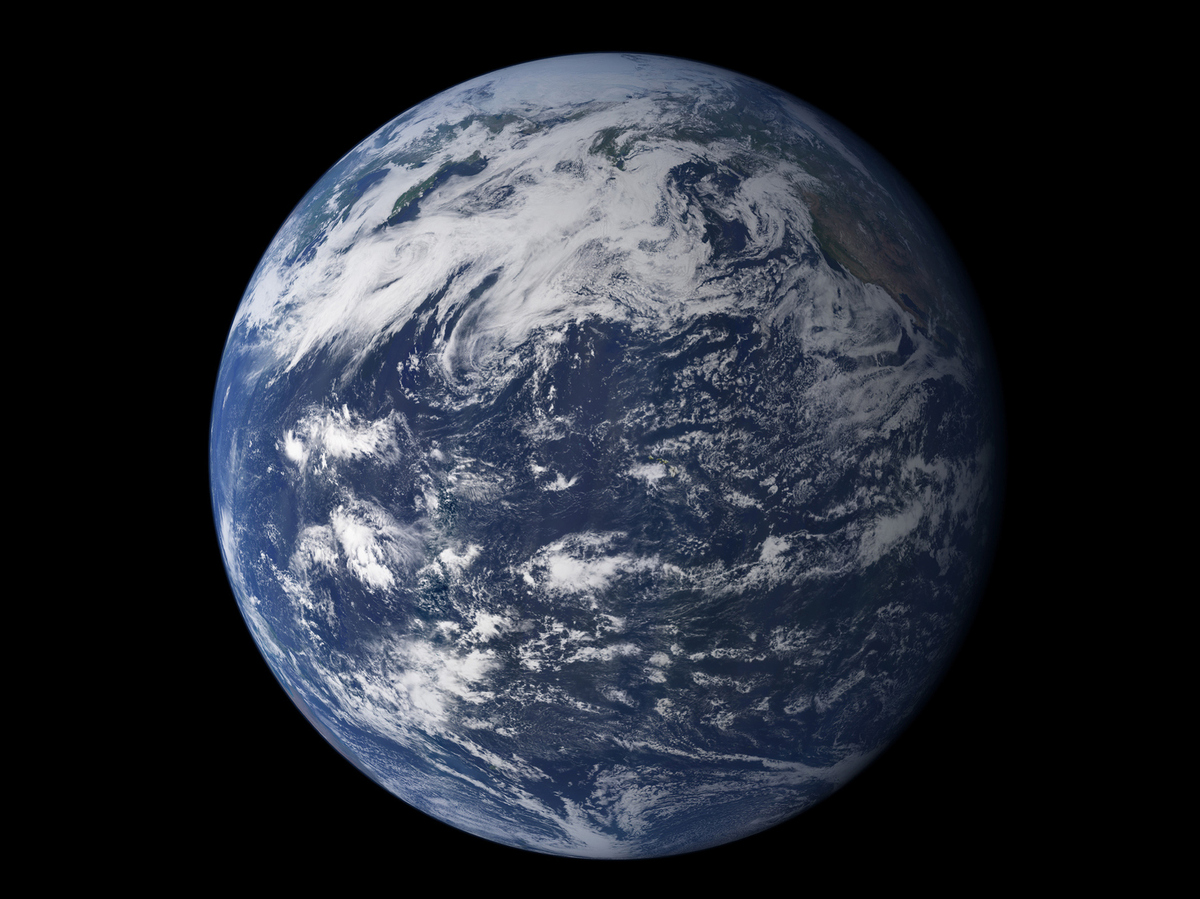 The Pacific Ocean from space. In both liquid and frozen form, water covers most of Earth’s surface and there’s been a debate among scientists about where all the water originated.

Water on Earth is omnipresent and essential for life as we know it, and yet scientists remain a bit baffled about where all of this water actually came from: was it present when the planet formed, or did the planet form dry and only later get its water from impacts with water-rich objects like comets?

A new study in the journal Science suggests that the Earth likely got a lot of its precious water from the original materials that built the planet, instead of having water arrive later from afar.

The researchers who did this study went looking for signs of water in a rare kind of meteorite. Only about 2 percent of the meteorites found on Earth are so-called “enstatite chondrite” meteorites. Their chemical makeup suggests that they’re very close to the kind of primordial stuff that glommed together and produced our planet 4.5 billion years ago.

You wouldn’t necessarily know how special these meteorites are at first glance. “It’s a bit like a gray rock,” says Laurette Piani, a researcher in France who works at the Centre de Recherches Pétrographiques et Géochimiques (CRPG).

What she wanted to know about these rocks is how much hydrogen was in there–because that’s what could produce water.

Compared to planets like Jupiter and Saturn, the Earth formed close to the Sun. Scientists have long thought that the temperatures must have been hot enough to prevent any water from being in the form of ice. That means there would be no ice to join with the swirling bits of rock and dust that were smashing into each other and slowly building up the young Earth.

If this is all true, our home planet must have been watered later on, perhaps when it got hit by icy comets or meteorites with water-rich minerals coming from farther out in the solar system.

Even though that’s been the prevailing view, some planetary scientists don’t buy it. After all, the story of Earth’s water would be a lot more simple and straightforward if the water was just present to begin with.

So Piani and her colleagues recently took a close look at 13 of those unusual meteorites, which are also thought to have formed close-in to the Sun.

“Before the study, there were almost no measurement of the hydrogen or water in this meteorite,” says Piani. Those measurements that did exist were inconsistent, she says, and were done on meteorites that could have undergone changes after falling to the Earth’s surface.

“We do not want to have meteorites that were altered and modified by the Earth processes,” explains Piani, saying that they deliberately selected the most pristine meteorites possible.

The researchers then analyzed the meteorite’s chemical makeup to see how much hydrogen was in there. Since hydrogen can react with oxygen to produce water, knowing how much hydrogen is in the rocks indicates how much water this material could have contributed to a growing Earth.

What they found was much less hydrogen than in more ordinary meteorites.

Still, what was there would be enough to explain plenty of Earth’s water—at least several times the amount of water in the Earth’s present-day oceans. “It’s a very big quantity of water in the initial material,” says Piani. “And this was never really considered before.”

What’s more, the team also measured the deuterium to hydrogen ratio in the meteorites, and found that it’s very similar to what’s known to exist in the interior of the Earth–which also contains a lot of water. This is additional evidence that there’s a link between our planet’s water and the basic building materials that were present when it formed.

The findings pleased Anne Peslier, a planetary scientist at NASA’s Johnson Space Center in Houston, Texas, who wasn’t part of the research team but has a special interest in water.

“I was happy because it makes it nice and simple,” says Peslier. “We don’t have to invoke complicated models where we have to bring material, water-rich material from the outer part of the solar system.”

She says the delivery of so much water from way out there would have required something unusual to disturb the orbits of this water-rich material, like Jupiter having a little trip inside the inner solar system.

“So here, we just don’t need Jupiter. We don’t need to do anything weird. We just grab the material that was there where the Earth formed, and that’s where the water comes from,” says Peslier.

Even if a lot of the water was there at the start, however, she thinks some water must have arrived later on. “I think it’s both,” she says.

Despite these convincing results, she says, there’s still plenty of watery mysteries to plumb. For example, researchers are still trying to determine exactly how much water is locked deep inside the Earth, but it’s surely substantial—several ocean’s worth.

“There is more water down beneath our feet,” says Peslier, “than there is that you see at the surface.”