RABAT, Morocco (AP) — A Moroccan party run by a billionaire considered close to the monarchy won the most seats in legislative elections, while the Islamist party that has been in power for a decade suffered a stinging defeat, according to results announced Thursday.

With nearly all the votes counted, the Interior Ministry said the National Rally of Independents, or RNI, took 97 out of 395 seats in the lower house of parliament. The Islamist Justice and Development Party (PJD), which has led the government since 2011, won only 12 seats, down from 125 in the last elections in 2016.

RNI leader Aziz Akhannouch — considered by Forbes to be the richest person in Morocco — called the result “a victory for democracy, its spirit and its rules.”

His party has promised to create 1 million jobs to boost the economy after the pandemic, expand health insurance to all Moroccans, increase teacher salaries and provide a guaranteed pension for the elderly.

Under the country’s constitution, the king appoints the prime minister from the party which wins most seats, who will then proceed to form a government. Overall, the role of lawmakers is limited by the powers of King Mohamed VI, who oversees strategic decision-making in Morocco, an important ally of the West in efforts to fight extremism and stem migration from Africa to Europe.

“The party’s loss cannot be isolated from the international context, which is witnessing the decline of political Islam in general, but this fall was not expected at all, both from the party itself and even from its fiercest opponents,” he said. 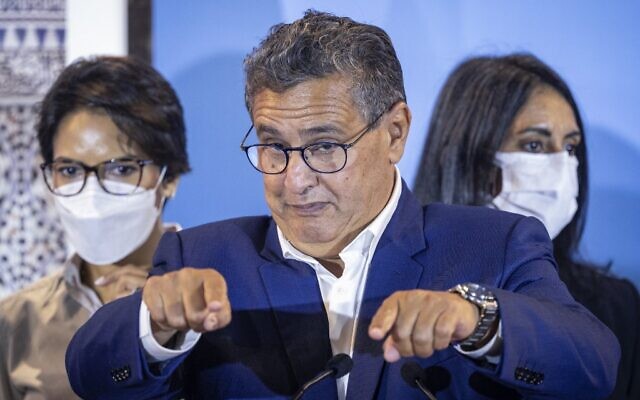 President of Morocco’s National Rally of Independents (RNI) Aziz Akhannouch, reacts during a press conference in the capital Rabat, after his party came in first in parliamentary and local elections, on September 9, 2021. (FADEL SENNA / AFP)

Morocco bans opinion polls around elections, so the outcome had been especially hard to predict.

Elaalam said voters grew disillusioned with the PJD because it seemed increasingly disconnected from Moroccans’ daily struggles, and failed to take strong positions on major recent debates, such as over Morocco’s decision to normalize ties with Israel or plans to legalize cannabis.

It remains unclear whether the PJD will be part of the upcoming governmental coalition, or move back into the opposition ranks for the first time in more than a decade.

RNI leader Akhannouch has close ties with the monarchy. He is also the agriculture minister.

PAM was formed in 2008 by Fouad Ali El Hima, a personal friend of King Mohammed VI and one of his close advisers.

“The citizens showed a great desire for change,” after 10 years with the Islamist party in power, Elaalam said. “They expressed their dissatisfaction with the lack of major changes and the continued dwindling of their purchasing power and the suffering of large segments of (the population) from poverty.” 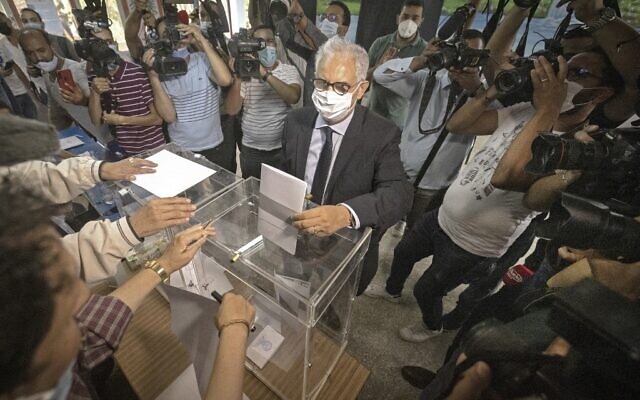 The Interior Ministry said 50% of the electorate had turned out to vote in Wednesday’s legislative, regional and municipal elections.

The PJD said there were voting irregularities and excessive use of money to buy candidates and the media, and said that its candidates were pressured, especially in rural areas, not to run.

Thousands of Moroccan and international election observers who monitored the vote were to present reports on their findings at a later date.

The RNI had won only 37 seats in the 2016 elections. It has been part of a coalition with the PJD in the two previous governments, leading key and influential ministries, including finance, tourism and trade.

The elections were held in the shadow of the pandemic. Candidates promised to create jobs and boost Morocco’s economy, education and health care.