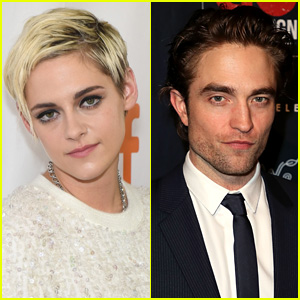 Kristen Stewart offered up a rare comment about Robert Pattinson, her former boyfriend and co-star in the Twilight movies.

In a new profile for the New Yorker, Kristen was asked about the process of casting the role of Edward in the Twilight movies after she was cast as Bella.

“To cast Edward, Hardwicke had actors come to her house in Los Angeles to read with Stewart and make out,” the profile read.

“It was so clear who worked,” Kristen told the mag. “I was literally just, like . . .” [Kristen imitated swooning for the journalist.]

Kristen continued that Robert had an “intellectual approach that was combined with ‘I don’t give a f*ck about this, but I’m going to make this sing.’ And I was, like, ‘Ugh, same.’”

She added, “And, whatever, we were young and stupid and, not to say that we made it so much better, but that’s what it needed, and that’s what anybody playing those parts needed to feel.”

In an interview two years ago, Kristen revealed if she would have married Robert Pattinson if he had asked.