Kourtney Kardashian and Travis Barker marked their first day as an engaged couple by making out on some train tracks before leaving Santa Barbara on Monday morning.

In one of the images, Barker, 45, is seen leaning down to plant a kiss on his new fiancée as with one of his hands gently cupping her back

The punk rock pair took to the tracks not just to pack on the PDA, though, but also seemingly to partake in an impromptu photo shoot.

Kardashian, 42, was seen smiling as she held up her smartphone to snap a few pics of Barker as he struck a pose. 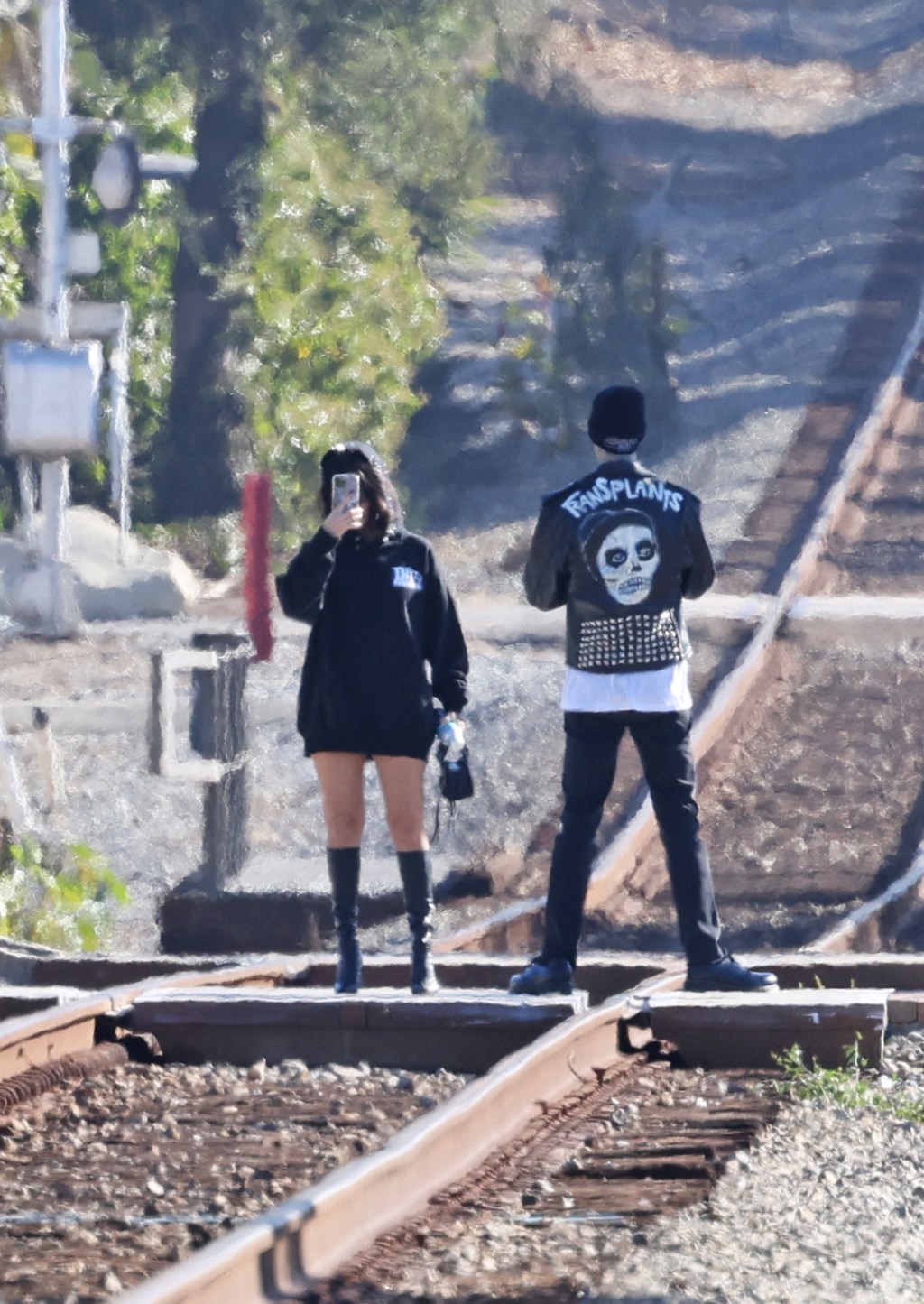 Kardashian taking pics of her new fiancé as he poses on the tracks. 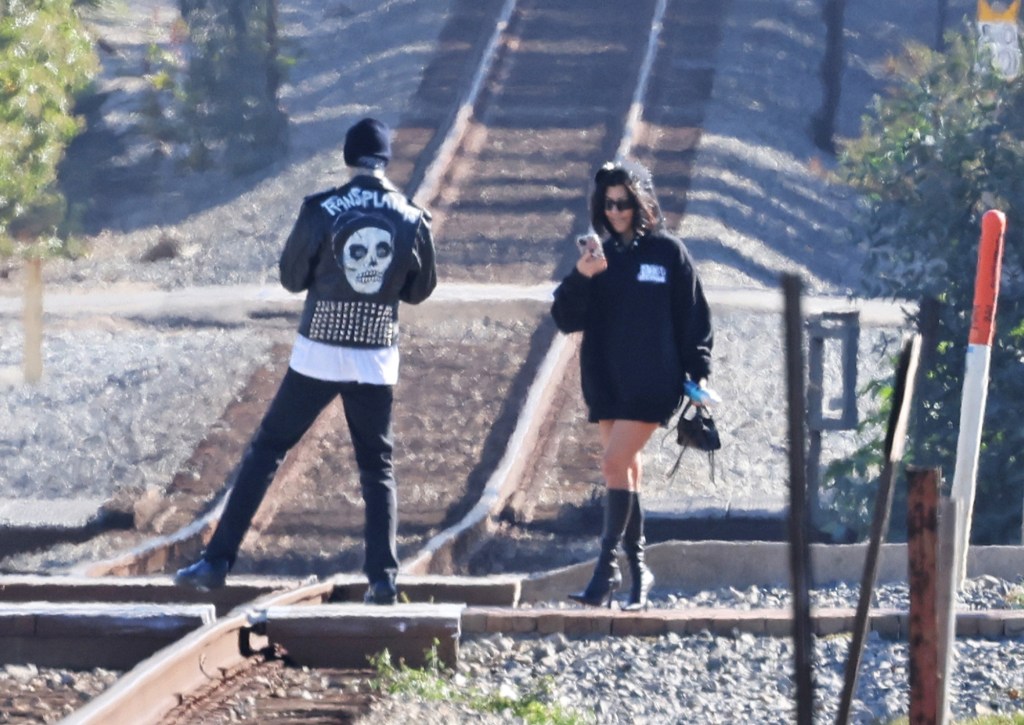 Bachelor Nation seemed to approve of the relationship, with many…

The darling duo was dressed in their now-signature all-black, rocker chic attire.

The Blink-182 drummer donned a studded black leather jacket emblazoned with the logo of one of his bands, the Transplants — while coincidentally, his beanie featured the logo for his Transplants bandmate Tim Armstrong’s first band, Operation Ivy.

However, the “Keeping Up With the Kardashians” star elevated her look with her newest piece of jewelry: her engagement ring from Barker. Ring experts have estimated that the giant sparkler cost around $1 million.

On Sunday, Barker got down on one knee to propose to Kardashian after about nine months of dating.

The drummer was seen popping the question to Kardashian on the beaches of the Rosewood Miramar Beach hotel in Montecito, Calif., which was decorated with an elaborate display of red roses and white candles.

Kardashian then confirmed the exciting news Sunday evening, posting two pictures from the proposal on her Instagram. 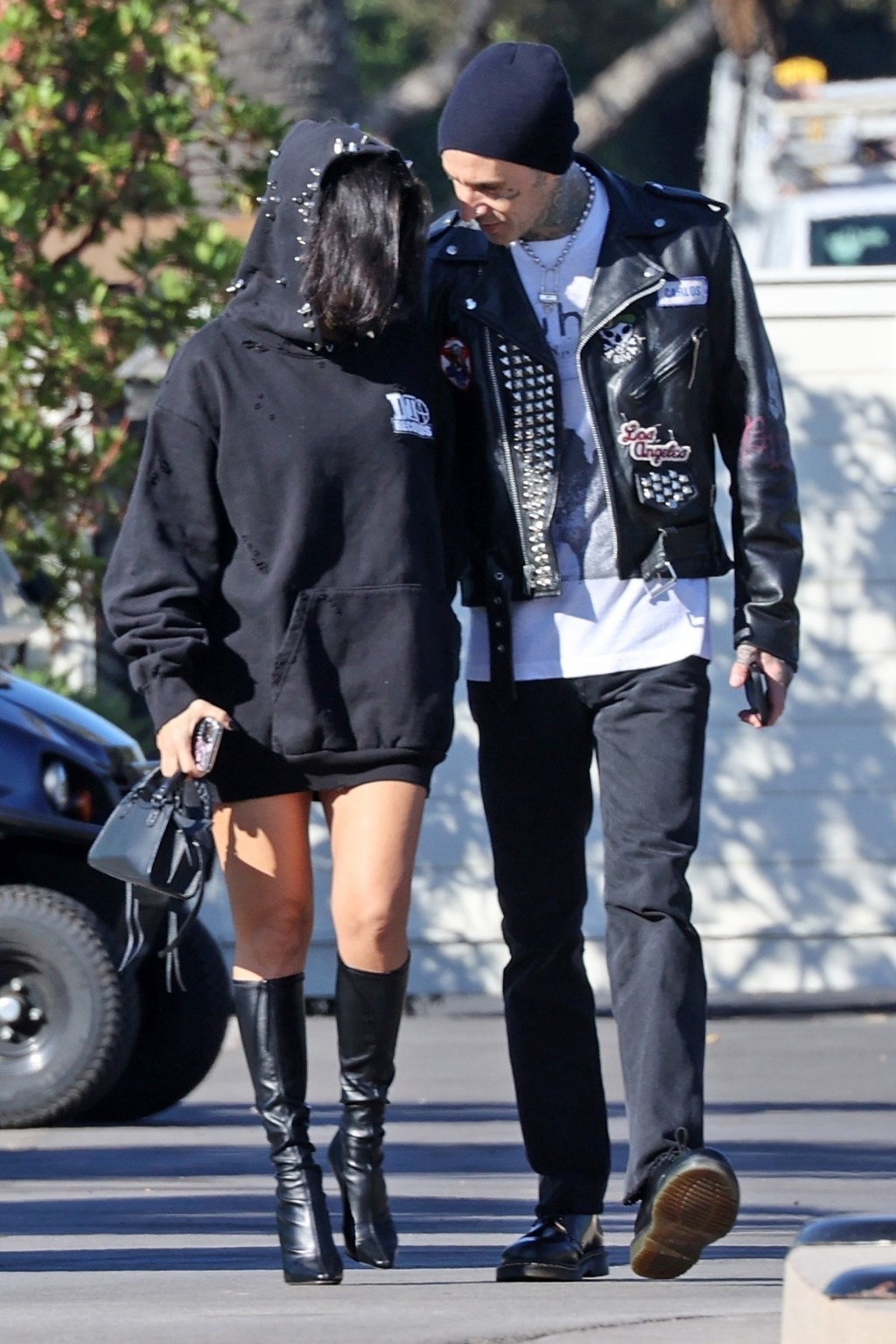 Kardashian and Barker seen here leaving Santa Barbara after an exciting day of celebrating their engagement. 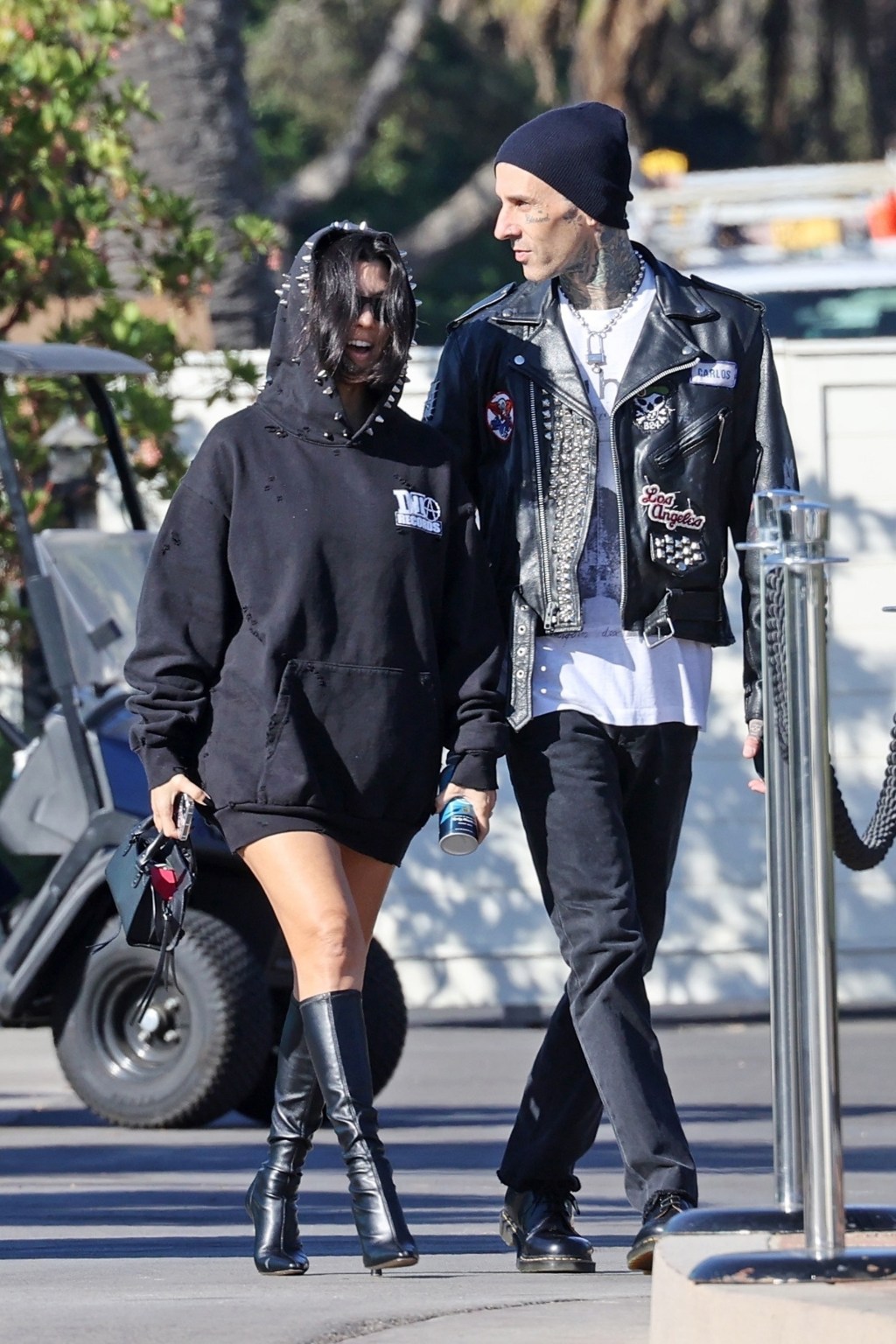 Bachelor Nation seemed to approve of the relationship, with many…

“So happy for you guys,” the teenager wrote. “I love u both!”

This will mark the first marriage for Kardashian. She dated Scott Disick on and off for many years, and they share three children: Mason, 11, Penelope, 9, and Reign, 6.

Barker, meanwhile, was previously married to Melissa Kennedy from 2001 to 2002 and Shanna Moakler from 2004 to 2008. He and Moakler share Landon, 18, and Alabama. Barker also remains close with former stepdaughter Atiana De La Hoya, 22, Moakler’s child from a previous marriage.