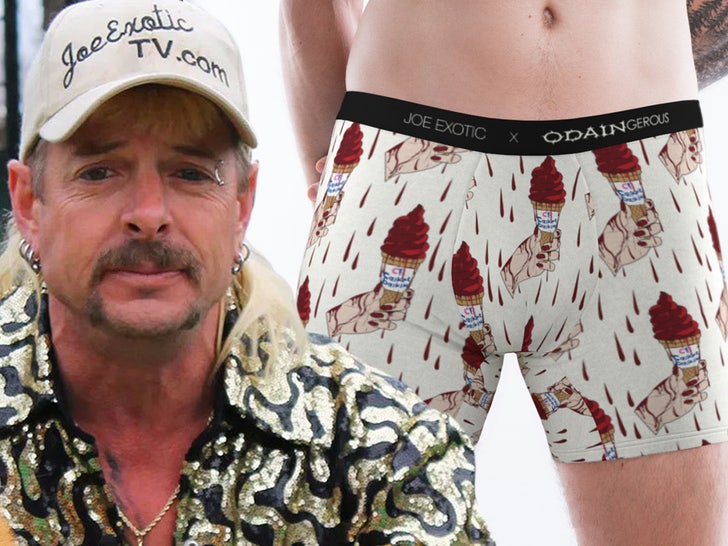 Joe Exotic says he’s having a rough go in prison, but his fashion line is doing much better … his underwear collection is selling like hotcakes, thanks in part to his nemesis, Carole Baskin.

The ‘Tiger King’ star had another successful fashion drop for his “REVENGE” collection with Odaingerous … Joe’s custom boxer briefs went on sale Labor Day and sold out within hours, raking in $50,000 in online sales!!!

While the first wave of underwear was cleaned out in a nanosecond, Odaingerous is updating its online store and restocking due to the extra traffic, as folks clamor for all things Exotic. 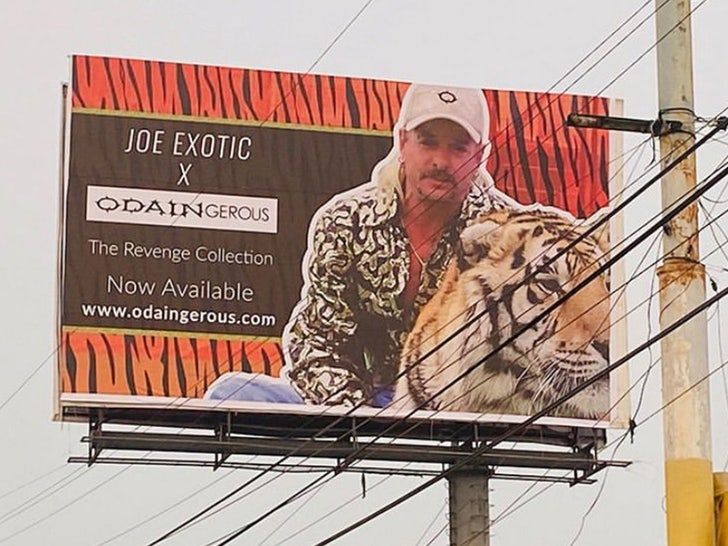 Speaking of Trump, Joe’s legal team is trekking back to D.C. to try to get him a Presidential pardon. Joe’s laying out myriad reasons why Trump should pardon his 22-year murder-for-hire sentence … including a claim he was sexually assaulted behind bars — something the Federal Bureau of Prisons denies.

No word if Team JE’s gonna throw in some Exotic underwear swag with its formal pardon request. Couldn’t hurt!