The actress also talks where her love life ranks in her world these days, and why she’s happy when cooking turns into a “hot mess.”

Fans are now less than a week away from the premiere of “The Drew Barrymore Show,” and the lifelong actress is definitely kicking things off with a bang, featuring epic reunions for “Charlie’s Angels” and “50 First Dates.”

Or is that “The Wedding Singer”? “Blended”? However you want to define it, Barrymore is welcoming her dear friend and frequent collaborator Adam Sandler to help kick off her inaugural episodes.

Stars Who Emancipated From Their Parents As Children

She’ll also be joined by her kickass cohorts in crimefighting, Cameron Diaz and Lucy Liu, celebrating the 20th anniversary of the first “Charlie’s Angels” film.

“There’s a lot of anniversaries, but the ‘Charlie’s Angels’ one is very special for all of us involved,” Barrymore told ET. “We spent four years of our lives making those films, editing them, traveling the world to promote, training kung fu, and we have the longest-lasting friendships out of it.”

“To know that we got to be a part of something so empowered — and that film, we wanted to have women in it that were strong and capable and had a sense of humor,” she continued.

It’s appropriate that Barrymore is kicking off her newest venture with people who’ve become dear to her over the past two decades or more, because she also explained that this is the kind of love that is currently fueling her, and that she’s focused on. 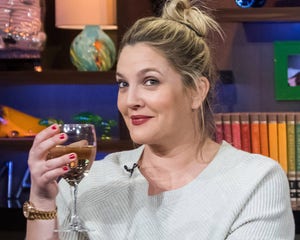 Well that and her kids, and she did promise that 7-year-old Olive and 6-year-old Frankie will somehow be incorporated into the show, without over-exposing them to an industry she hit the big time in at 7 years old herself.

“I’m single and my cup runneth over with my kids, so it’s really not on my brain,” Barrymore said of romantic relationships. In fact, she said it currently ranks fifth in her life, behind “kids, work, my friends” and “some time alone — oh my god, I want it so badly.”

For her and her show, she’d rather explore relationships and love in all their formats. “Everybody needs love,” she said. “And love comes in all these different forms, as do relationships, but no one doesn’t want it, and everyone’s pretty much trying to contend with it, so I want to talk about all of it.”

Aside from exploring the bonds that connect people, Barrymore hopes to help bridge the human divide in this country by embracing our differences and finding the similarities we all share. 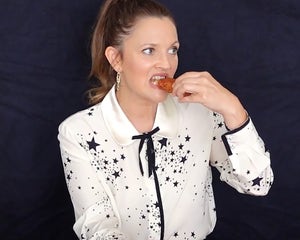 “I just want to celebrate that we’re just living, functioning, breathing beings trying to do our best,” she said.

That includes allowing herself and her show to echo the messiness of life. “I did a cooking demo in here the other day, which was a true hot mess and I thought, perfect,” she told the outlet. “That’s exactly what it looks like when I’m cooking … It can look beautiful but it can be imperfect at the same time.”

Aside from showcasing relatable cooking experiences of dishes that can be both healthy and realistic in her on-set kitchen, Barrymore is promising sketches, chats with regular folks (including local affiliates that carry her show) and plenty of celebrity interviews.

Got a story or tip for us? Email TooFab editors at tips@toofab.com. 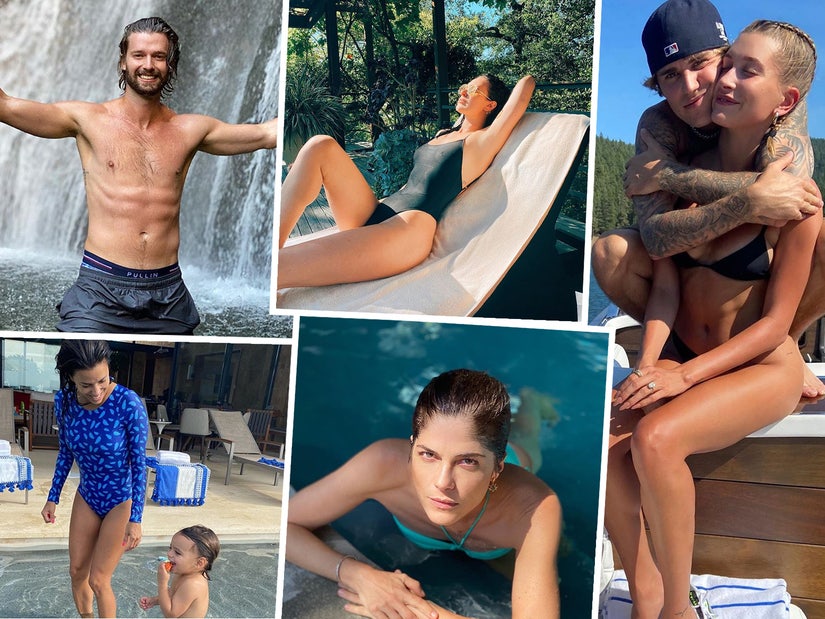